1. Windows: Prague details
2. Wild Horses: An educational assignment
3. Pictorial Space: The illusion of depth
4. The Gift of Music: Listening to two very different symphonies
5. A Walk Through Prague: Drawn by history, discovery and the unknown

My March Newsletter is a little late, but if you follow me on facebook you are aware that I have had substantial computer problems.

The short term good news is that I now have access to enough data to complete this Newsletter. The long term is hopeful that I will recover all my data and imagery.

Remember the days when thousands of slides representing a lifetime of work all resided in one place? Now I realize that one should have three or four backups of their data and digital images. Wow…where are we headed?

This Newsletter describes a variety of photographic discoveries and visual experiences. I hope you enjoy the journey!

Our goal here at the Gallery is to share the creative process, and promote the arts; thus strengthening our artistic community. Please share this Newsletter with friends. Thank you.

As Rita and I walked about the city of Prague, we learned about the city’s architectural history. At first we became aware of the major styles such as Baroque, Gothic, Renaissance, and modern. Then we began to observe the finer details.

Windows became one of our interests. Here are four very different types and styles of windows from the many I photographed. 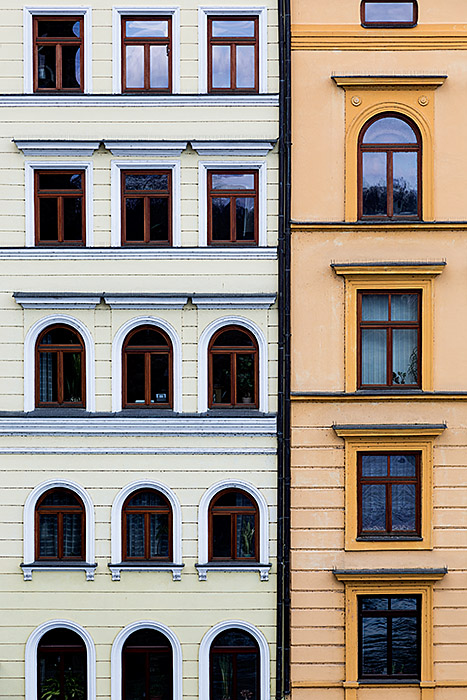 A sense of geometry 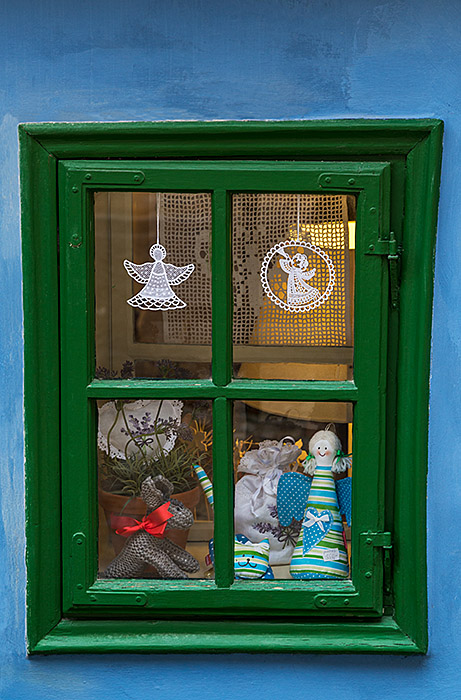 This window had life. 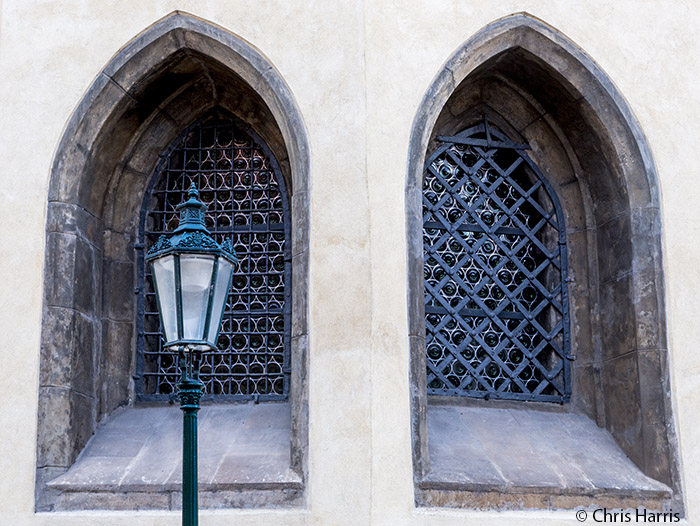 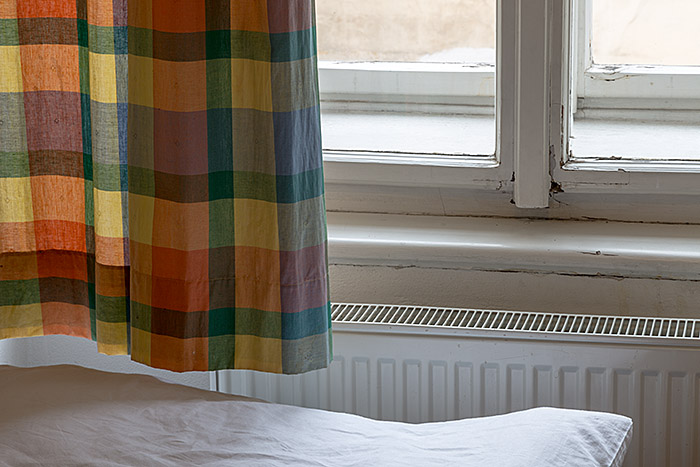 An image with a deep meaning

So there you have four very different responses to feelings I experienced while looking at windows. In the first image it was about geometry, the second image was about the story, in the third it was the abstract forms and historical contrast between window and lamp post, and in the last image, it was a deep felt memory.

On February 25th, I took part in a very exciting photo shoot in the Nemaiah Valley; a beautiful part of the Chilcotin, just east of Chilko Lake.

David Williams, president of the Friends of the Nemaiah Valley, asked me to join him and members of the Xeni Gwet’in and Yunesit’in First Nation communities, to photograph the wild horses while they did their annual count.

The story of these fabled free-roaming horses is a fascinating one and I urge you to visit the above website and read their history, including their genetic background. 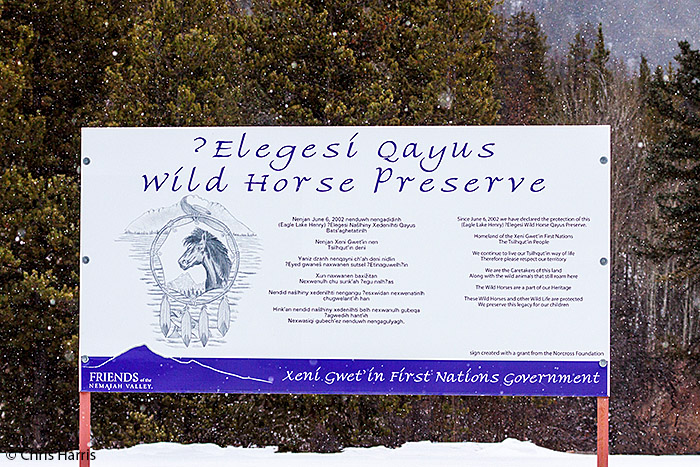 Shortly after taking off in our Bell 407 helicopter, we saw two wild horses. That was great, but from a photographic perspective, I felt a little disappointment when I saw the landscape I would be flying over. There were clear cuts, large areas of beetle kill, and huge areas of burnt forest. ‘How would I make beautiful images of these horses’ I thought to myself. 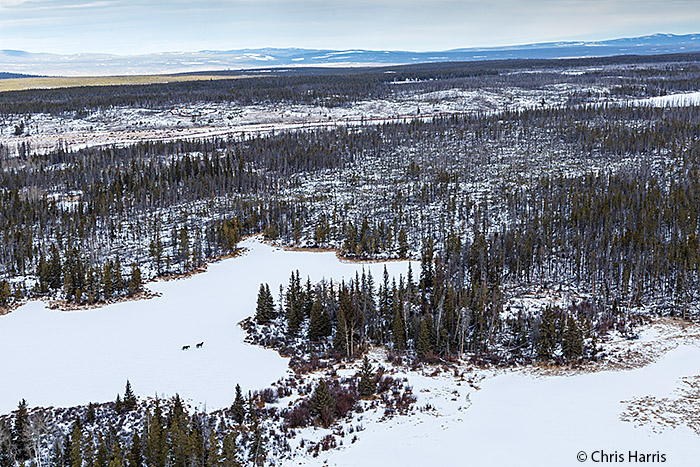 As soon as I saw the tonal contrast of these horses traveling through the unexpected beauty of a “pick-up-sticks” forest, my outlook changed from disappointment to excitement. Once I eliminated the thought that burned forests are ugly, I was away to the races! 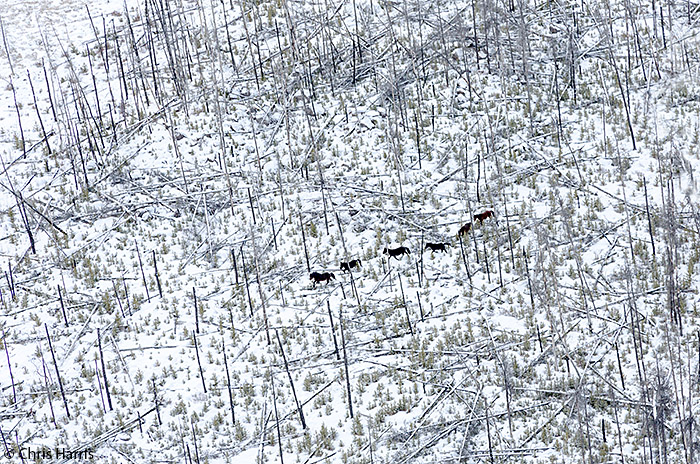 Wild horses in a burned forest – disappointment to excitement

Of interest in this image are the two palomino horses in the centre of the herd. Look very closely and you will see them. I never saw them until I was processing the image on my monitor. This was the largest herd of wild horses we saw on the entire flight. There was over 55. 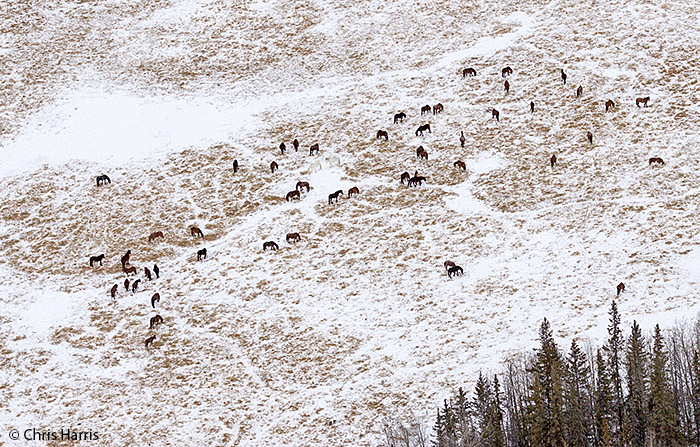 Wild horses in an open meadow

I remember feeling how lucky I was to have clicked the shutter while the horses were clumped within the open white space. Two seconds later and the image would be less powerful.

Wild horses on the run

3.  Pictorial Space:   The illusion of depth

Pictorial space refers to the illusion of depth behind a 2-dimentional surface, such as this image. Note how our eyes move down the passage way toward the brightest area in the photograph.

Also of interest here, is that the outer walls of this structure have been painted to create an additional illusion of depth. Those apparent 3-dimensional concrete blocks are nothing but a painted flat surface. 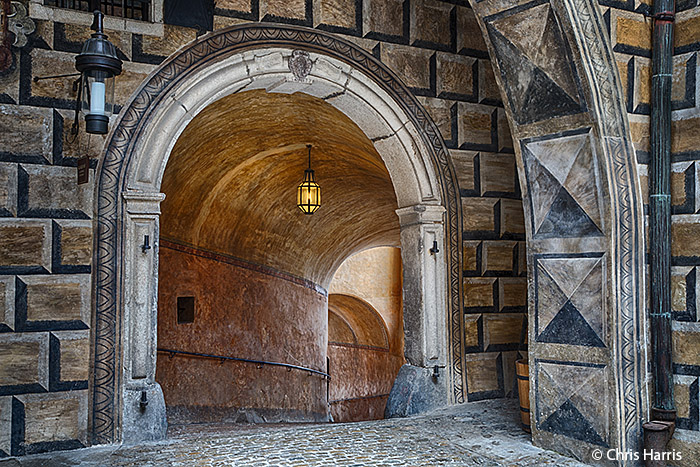 4.  The Gift of Music:   Listening to two very different, yet beautiful symphonies
A week before I left for Prague, Mike Duffy and I sat on a cliff high above the Fraser River eating lunch in the sun. With no one around for miles, there seemed to be complete silence. It was then that Mike and I looked at each other and simultaneously said;’ do you hear that?’ The sound of ice crystals hitting each other were as if they were cymbals in an orchestra. The sounds of the Fraser River Philharmonic filled the valley. No other art affects our feelings the way music does. It had claimed us both. 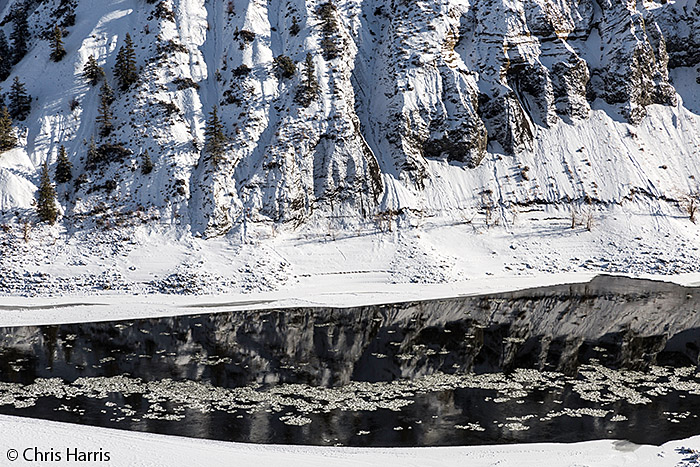 About ten days later in the city of Prague, Rita and I went to the Dvorak-Hall in the Rudolfinum; an impressive neo-Renaissance edifice, to listen to the Czech Philharmonic Orchestra. As with all great music, we were swept away to a state of timelessness.

Looking at both these images, and reflecting back on both experiences, I can better appreciate the gift of music.
I feel blessed and enriched. 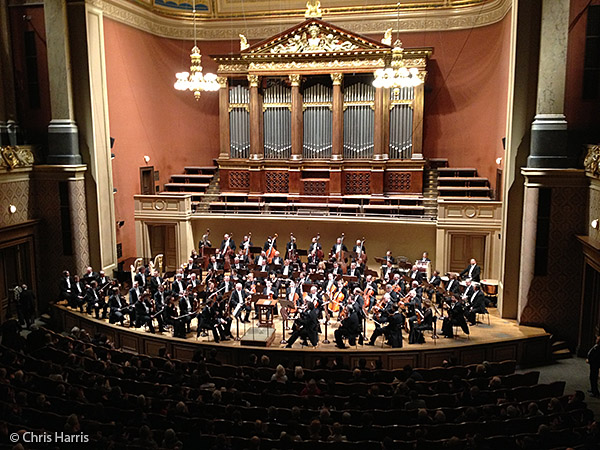 5.   A Walk Through Prague:   Drawn by history, discovery and the unknown

Every day Rita and I set out on a walk of discovery. Some were before dawn, others during mid-day, and on several occasions, late into the evening. Each provided a different insight into both the city and its inhabitants. 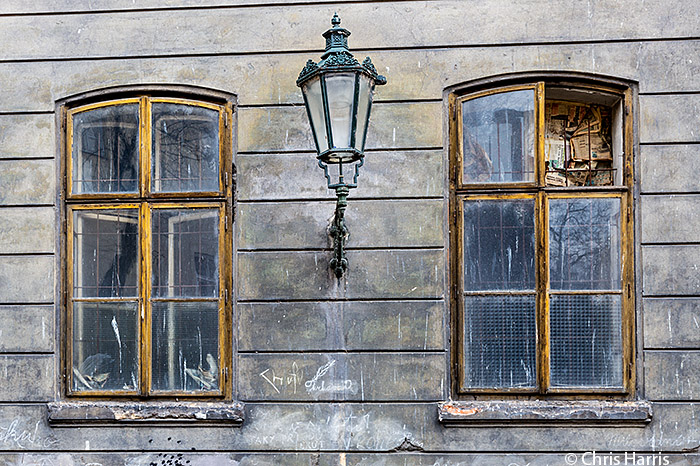 Abandoned building from the communist era

I have a very difficult time making images of people. I don’t like to intrude on anyone’s space. I deeply respect people’s privacy.

My camera was on my tripod and I was making images of the alleyway when I heard footsteps behind me. I stepped back and let them pass. As I watched them, I realized a photograph was in the making as they exited the alley. Because they were facing the other way, I felt brave enough to click the shutter.

I love this image because it leaves me wanting to know more about this particular place and those two people passing through it. It’s a powerful image for me because I captured a feeling I rarely capture. 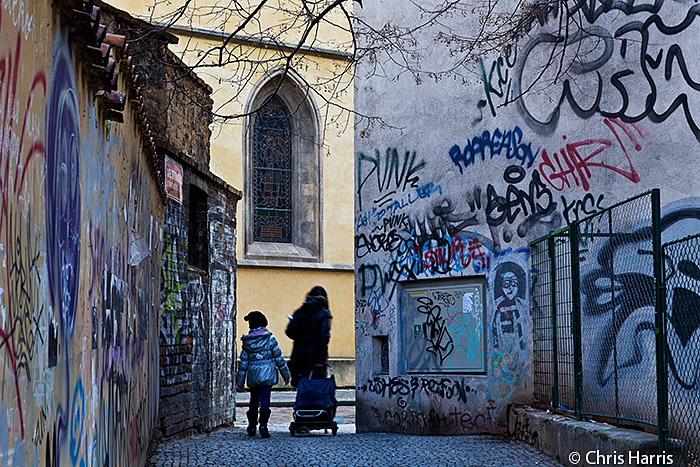 Quite by chance, Rita and I walked around a corner and came face to face with John Lennon! It was the most colourful display of graffiti I have ever seen. One could make abstract images for hours here, but when I saw Rita writing a message for her two daughters, I made this picture instead. 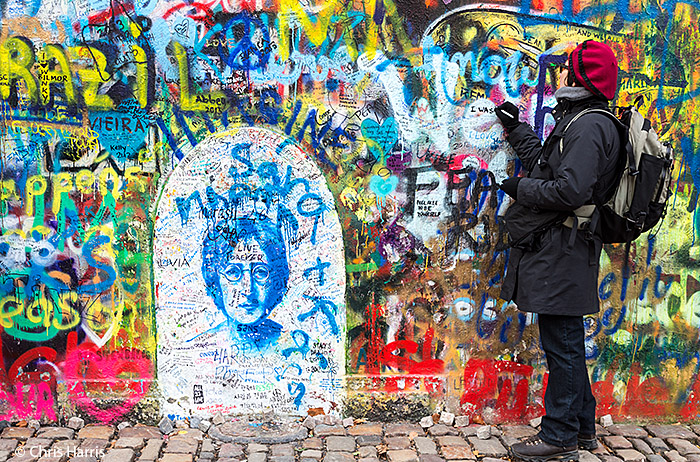