1. A Journey into the Chilcotin Ark: Look deeply and you will find treasure

It’s been a very wet spring this year and the grasslands of the Chilcotin are greener than I have ever seen them. I keep wanting to return there to experience them as never before.

Last month, Mike and I headed out to the Churn Creek Protected Area, but before we got there, we stopped to enjoy the grand vista where Churn Creek was emptying into the Fraser River. It was in flood and we noticed a huge amount of foam and froth where the two bodies of water met.

Drawing on a past photographic experience, I realized that within that area of turbulence, there would be tremendous possibilities to make photographic art. 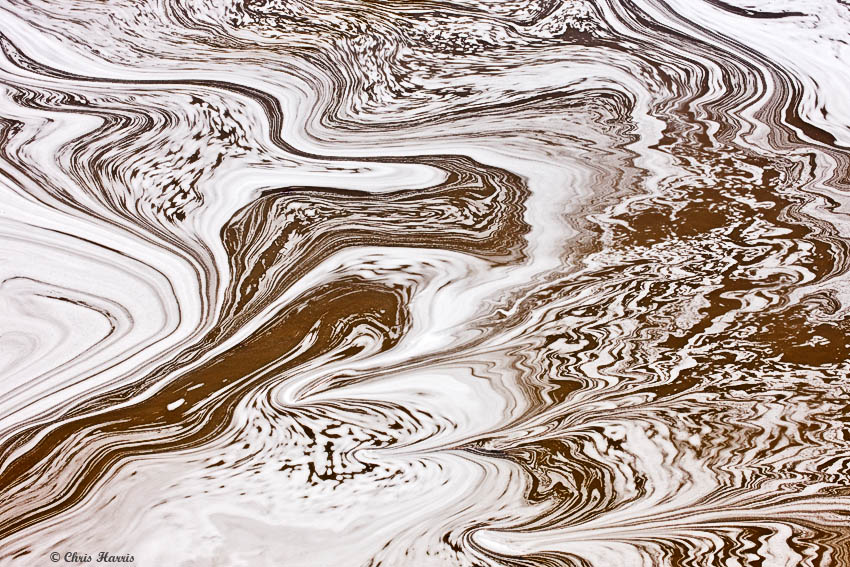 When we peered over the cliff, we were both ecstatic; both for very different reasons. Mike started reaming off formulas based on fluid mechanics while I examined the ever-changing exhibit of natures artwork. We laughed at our differences, but we each saw beauty from very different perspectives. 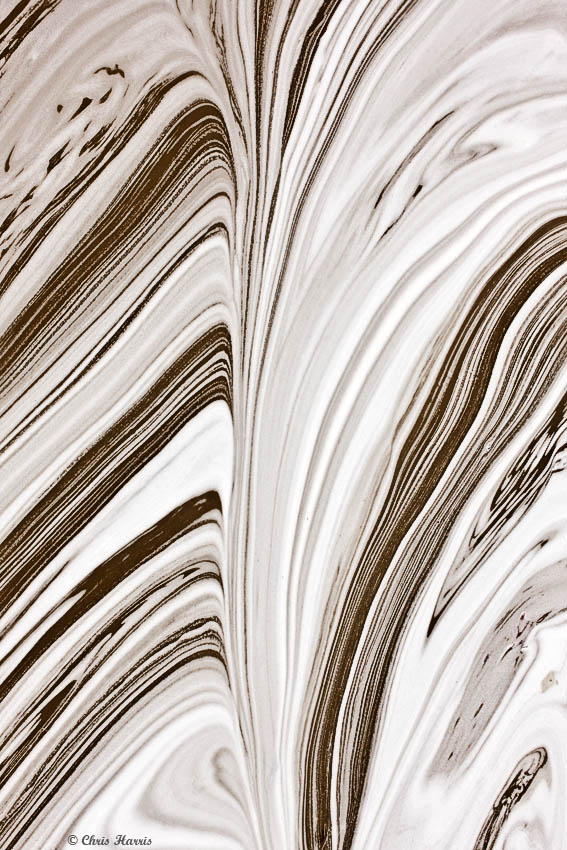 The Churn Creek Gallery was being re-hung by the second

Trying different lenses, I scanned the endless possibilities, searched for that feeling inside me that would stop my search and make me ‘click’ the shutter. It was so exciting. In one way I was looking at abstracts, but in another way, I was capturing the essence of a beautiful reality.

2. A Canoe and Flying Adventure: Photography on the Turner Lakes

Earlier this month I took a support team to paddle and photograph the Turner Lakes, which are situated in the southern part of Tweedsmuir Park in the west Chilcotin. Tweedsmuir Park is within the area known as the Chilcotin Ark, the subject of an upcoming book. 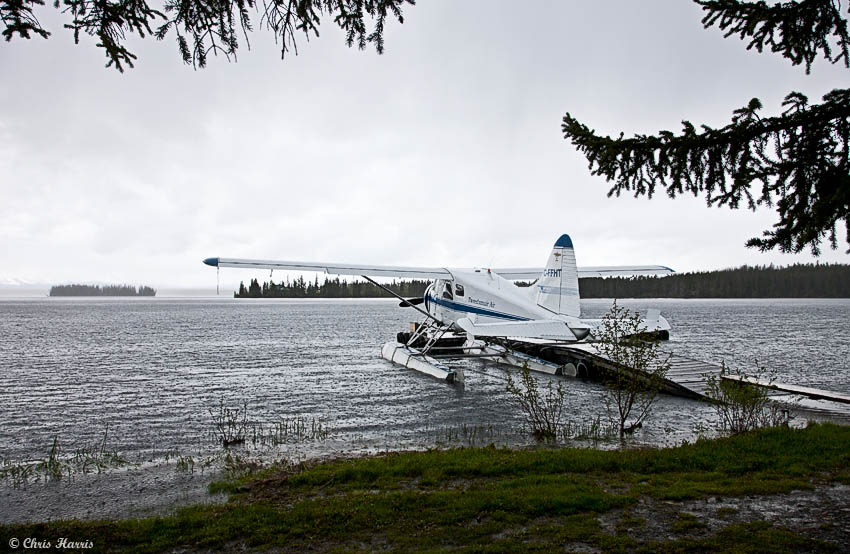 To reach the Turner Lakes we would fly with Duncan Stewart, owner of Tweedsmuir Air. Little did we know we were to have a flying adventure before our canoe adventure even started! After waiting for a break in the cloud cover, we took off on a route that Duncan felt would allow us passage. 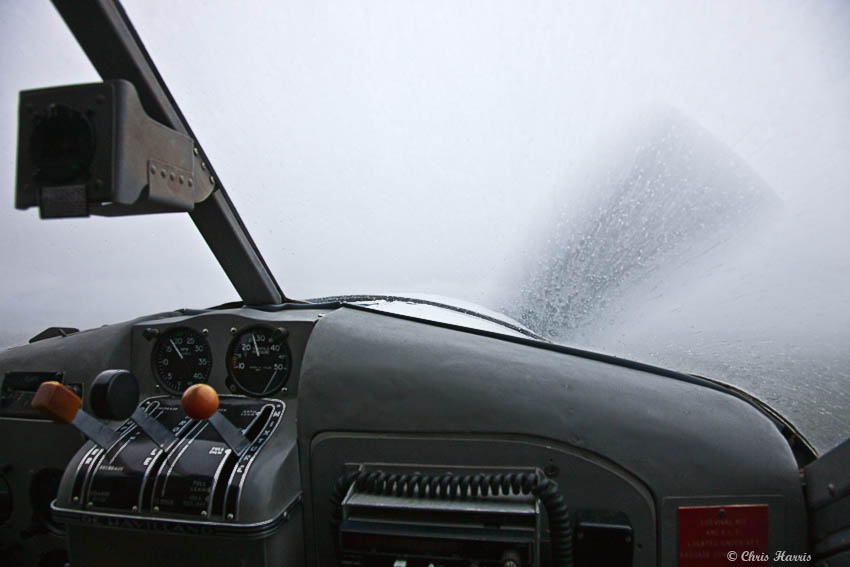 At visibility zero, we turned back!

The weather steadily deteriorated as we made our way into the mountains. Finally, with visibility close to zero, Duncan banked the plane and circled back to the lodge. One reassuring story Duncan told us was that this particular Beaver (the world’s most famous bush plane) had more flying hours than any other Beaver in the world; over 40,000 hours. No doubt it has experienced weather such as this (and worse) many times before and was not the least concerned! Less than we were for sure!

When I showed this image to another pilot, his comment? ‘When you can’t see your prop it’s the right time to turn around’!

We got to Turner Lake later that evening, but the forecast for the week was not that promising. There was a glimmer of hope for day two so, on the first day, I decided to push through five portages to a campsite that would provide the best photographic opportunities should the weather clear. We made camp, had supper, and waited. The temperature dropped that evening and as you can see above, the skies began to clear. The strong westerly wind, however, continued. I made this panorama before going to bed, just in case we never saw the mountains again. I even washed my canoe, preparing it for photographic duty the next morning. One never knows, but one has to be prepared. 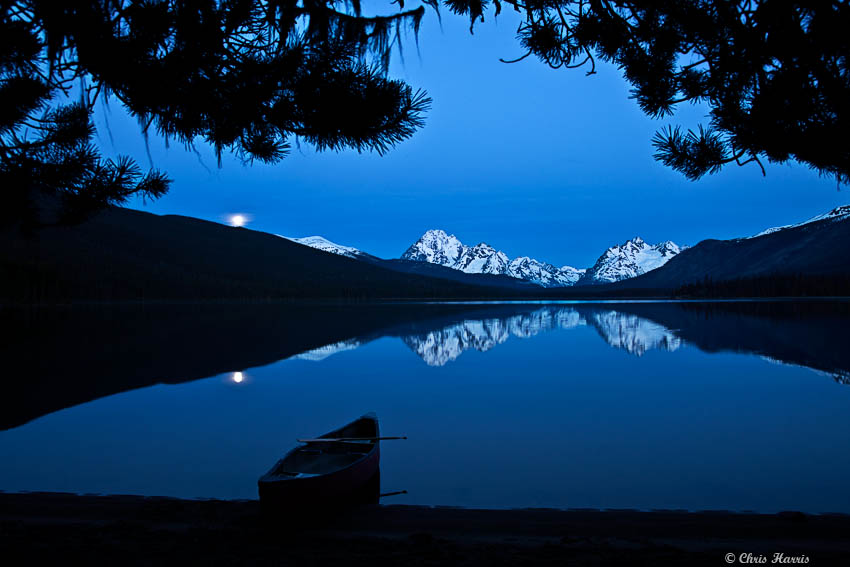 At 4am I looked out of my tent in disbelief

Throughout the night I had images dancing in my mind but I needed mirror-calm water for most of them. The wind continued to howl until around 3am, when there was silence. Then, at 4am I looked out of my tent, staring in disbelief. I swear it took less than ten seconds to dress for I knew the full moon would disappear over the ridge within minutes.

My camera, tripod and canoe were all prepared and ready. I swung into action. Having most of the images well imprinted in my mind, I worked as quickly and efficiently as I could. While shooting, even a loon swam by in the moonlight to be part of the celebration. When the moon disappeared, I took a moment to relax and give thanks.

Although moments like this are happening somewhere in the world every day, few see or experience them. We were the only four people in this park of 981,000 hectares. We were privileged.

In my next Newsletter I’ll show you what happened during the next hour of daylight. Stay tuned!

Three days ago, as part of the B.C. Ministry of Forest’s western spruce budworm aerial spray program, I boarded a jet-ranger helicopter to photograph two Air Tractor AT-802 planes as they sprayed to control caterpillars that infest the Douglas fir forests of the Cariboo Chilcotin region. The spray solution (Bacillus thuringiensis kurstaki) is a certified organic bacterial pesticide used throughout much of North America. This project is very much a part of the aviation legacy of this area, and is therefore an integral part of my next book Flyover: The Aviation Legacy of the Cariboo Chilcotin. 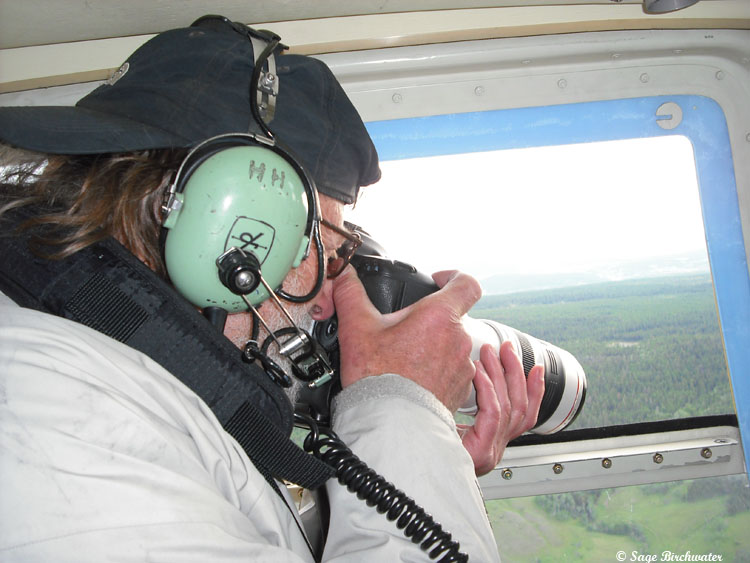 Guess who at work!

Having never seen these planes in operation before, I had no idea how this shoot would unfold. I tried to cover my bases by bringing two camera bodies and four lenses; a 14mm fish-eye lens, a 14mm rectilinear lens, a 24-105mm lens, and a 75-200mm lens. My EOS 50D with its 6x magnification factor would carry the 70-200mm lens, and my top end EOS-1Ds MkIII full-frame body would use the others. 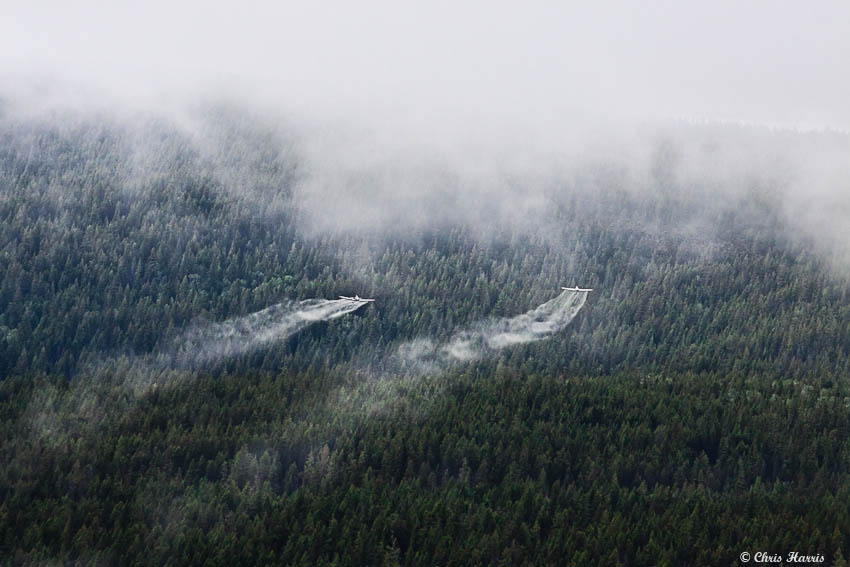 After driving an hour to Williams Lake and having a bite at Tim Hortons, I boarded the helicopter at 4am. Throughout the drive north I rehearsed in my mind all the possible shooting scenarios I might encounter. I thought of the available light, how high I would push the ISO, what speed would these planes be flying at and what shutter speeds I should use, what f-stop would be required to capture two separate planes and keep them both in focus, which focusing option would be best and should I use auto-focus or manual focus. Many of these decisions would have to be made in split seconds.

Just below the clouds, the AT 802’s fly their grid pattern to perfection

The helicopter pilot, Steve Goodliffe, knew a great deal about photography and was a tremendous help. He put on a special door with a full window that opened, enabling me to shoot in all directions. Steve also knew the flight routines and was able to position us in ways that gave me great perspectives on the planes. 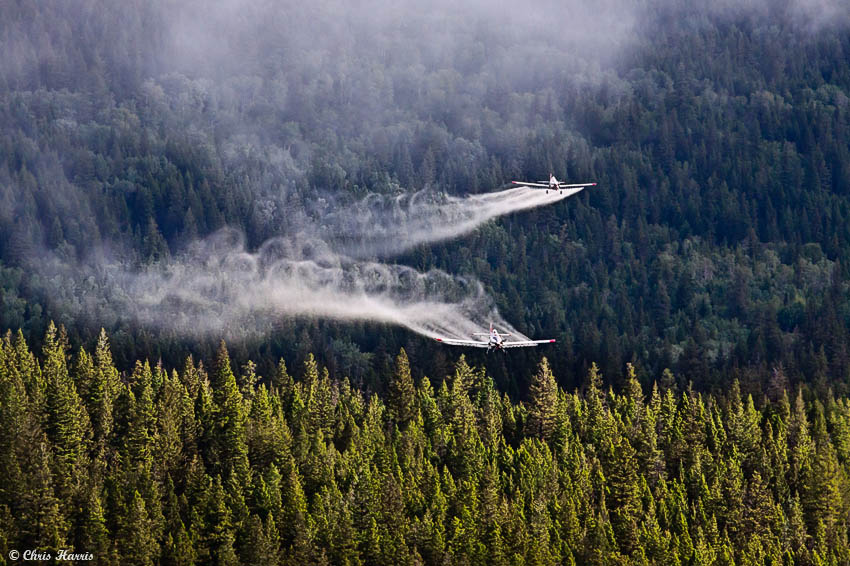 Gaining elevation and maintaining the grid

With spotted cloud cover, there was sporadic bursts of light. Taking advantage of these opportunities can add greatly to the composition. 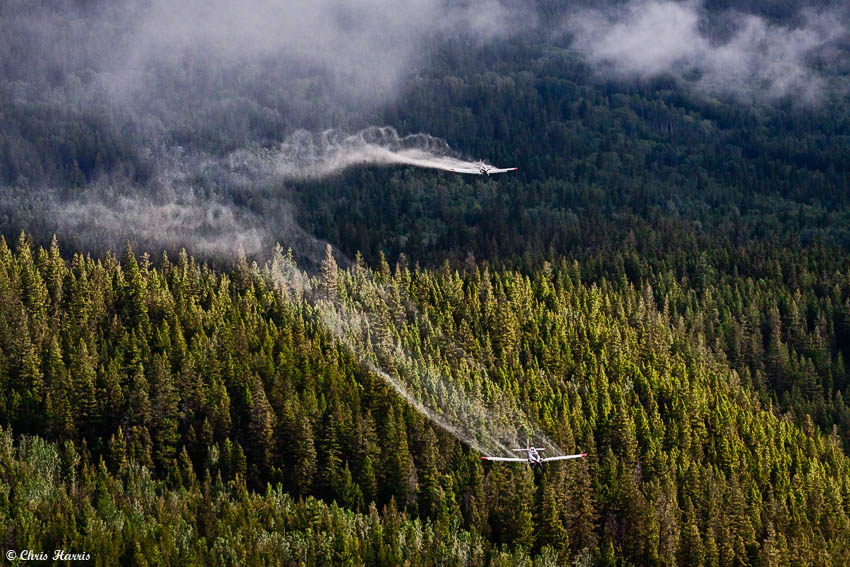 Making new compositions and changing exposure settings were done in seconds. As you can see in the previous two images, I took advantage of the light and the groupings of trees at different elevations. Also, as you can see in the ‘photographers notes’, I changed the lens’s focal length and shutter speed to adjust to the additional light in the second image. This compositional and technical change was done in the four seconds between each shot.

Knowing your equipment and being able to make compositional and technical decisions quickly is critical for a shoot such as this to be successful.

I’ll be back with more imagery and information about aerial photography in the next Newsletter. This was exciting stuff!