The year 2010 was an extraordinary year, filled with creative energy. The Motherstone team worked with images, science, narrative and design, pulling all the threads together to take the project from a conceptual dream to a living reality. I am so grateful for their talents and so proud of all our accomplishments.

The book promotional tour was extensive and the response phenomenal. Most rewarding is meeting and interacting directly with so many of our audience. It’s almost like a giant ‘family’; amazing and almost unheard of in this day and age.

As the photographer and publisher, I could not have had a more rewarding experience. I only wish that all the team members could have felt this emotion in response to their efforts. 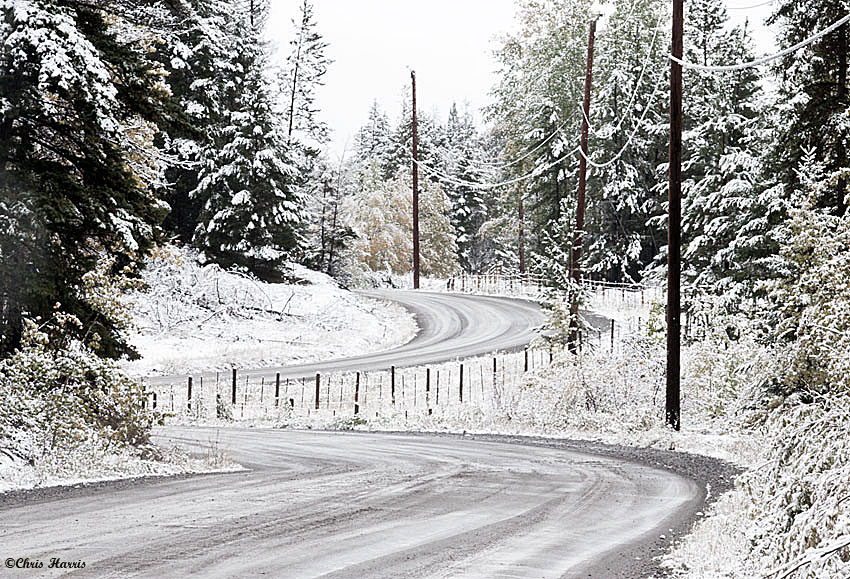 Where Will This Year’s Journey Take Us?

With a New Year comes new dreams. I feel twice as excited as ever, yet no older; how good is that!

I am using this month as a time for reflection and refocus. I wish to continue in the vein of my last two books; photographing and publishing with the intent of bringing the inherent Beauty of the Cariboo Chilcotin region of British Columbia to the world; and to inspire re-connection and responsible stewardship of the land which is our home through the art of photography. I believe these books will make a difference in how we live sustainably, and with your support they will.

I have had meetings with the two co-authors of my next two books and we are all very excited about the year(s) ahead. We will be fine-tuning the way we communicate with you in the hope that you can better join in on the journeys of discovery. Stay tuned over the next few months as we reveal the secrets of these new projects.

I am also using this month as a time for learning and inspiration. I will be attending three photo seminars and one Master Workshop with Canadian photographer, Freeman Patterson. Freeman has been an inspiration to me ever since I took a workshop with him in 1974. With my largest and most important book project about to begin, I am excited and looking forward to taking my photography to a higher and more creative level. 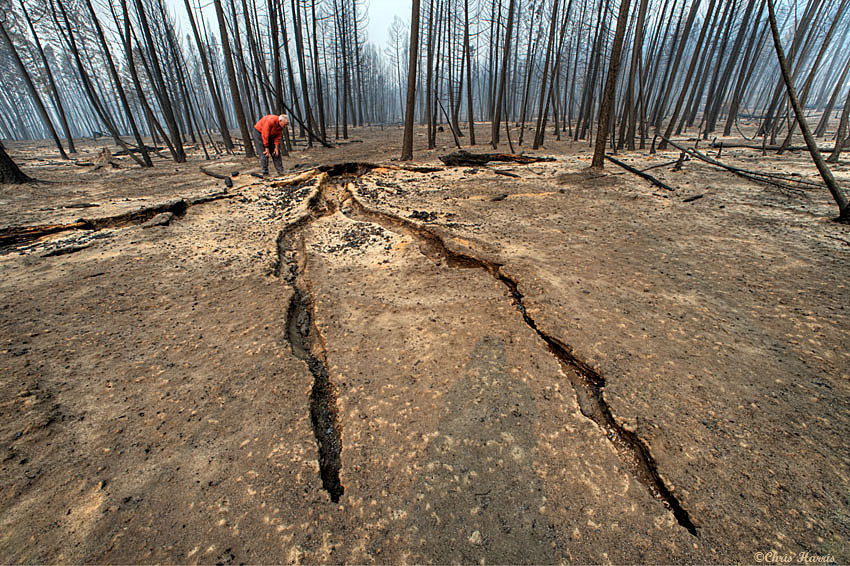 When Mike Duffy and I entered a burned forest soon after it had experienced an extremely hot fire, we had no idea what we would experience or discover. From where I was photographing, I could hear Mike excitedly calling me through the charcoaled forest. I could tell by his voice he had made a significant discovery.

Sure enough, we had never seen anything like what we were looking at. These are the skeletal remains of a Douglas fir tree’s entire root structure. Nothing was spared of this very large and once proud Douglas fir.

Because of the significance of this natural history story (for one of my new upcoming books), I made two images of this landscape; one showing the human interest of Mike’s inquiring mind, studying what had happened, and another as a pure landscape for its artistic merit.

This discovery set the tone for what was to become one of the most exhilarating days for both of us; from both a natural history and a photographic perspective. 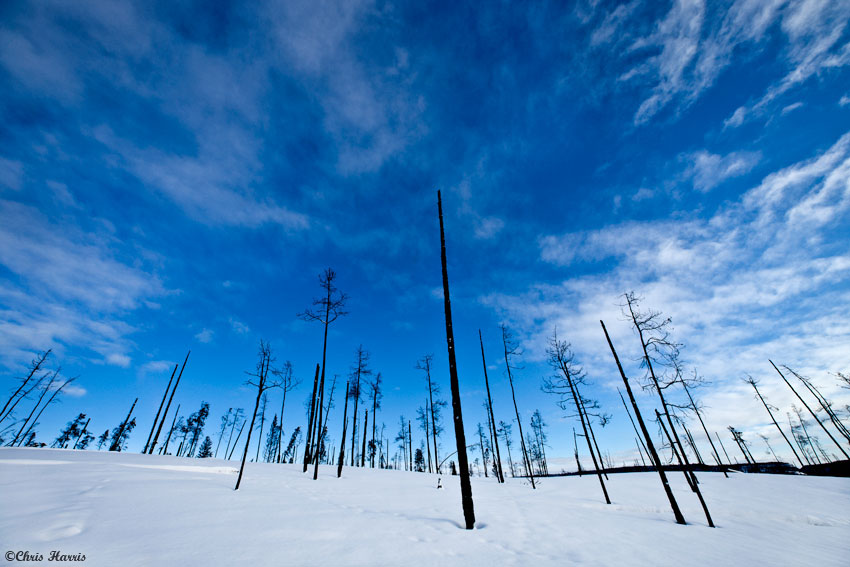 A Rather Traditional Perspective

Due to the book promotional tour and the Christmas holidays, I had not photographed for some time. As I snowshoed into the burnt forest, I felt awkward, stiff and uncreative with my camera. Where to begin? In my mind I had pre-visualized images based on an overcast day, but it was sunny. Now what?

Finally, even though I knew they were nothing special, I just started making images – of anything! I tried different lenses. Gradually I began to see possibilities. I kept shooting.

Eventually I saw design and rhythm in the clouds, so I searched for the best possible arrangement of dead trees to work with the cloud pattern. I made the above image and I began to feel more creative and productive.

Mike drew my attention to a burned tree trunk that seemed ready to topple over with the slightest breeze. I tried different lenses and different perspectives but nothing worked. When this happens, I take a quick look at my “creative techniques” cheat sheet that I always carry in my pocket (you can refer to this in Newsletter #17 ). It was #4 on that sheet that triggered the “lie down – shoot up” perspective.

I took the camera off my tripod and dropped into the snow. With a 14mm lens, I began searching for a composition that spoke to me. Mike, who happened to see me, and found my position amusing, took the above images and sent them to me the next day! I use them here for instructional purposes. 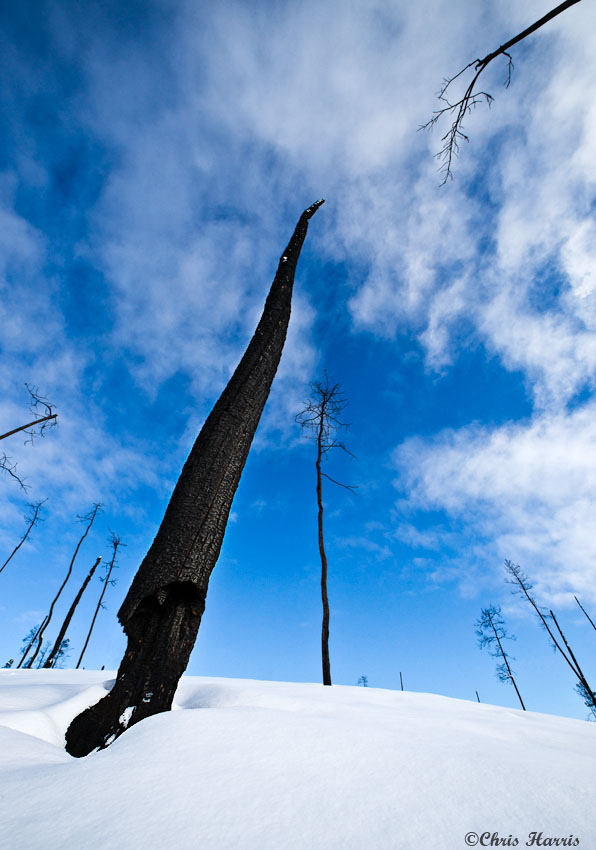 Perspective is one of the least talked about elements of composition. We usually think more of line, shape, texture and colour. Perspective, however, enables you to take greater advantage of all those elements by providing an unusual angle of view, and thus drawing more people’s attention to your unique way of seeing and perceiving the landscape. 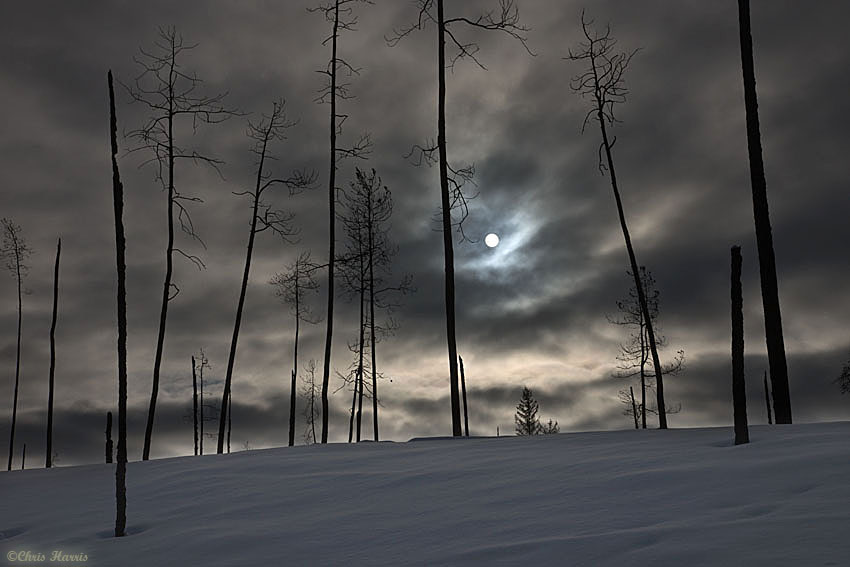 Creating a Sense of Mood

Back in the days of film, I learned to pre-visualize possible image compositions long before I departed for my shooting location. I made notes of these composition ideas and referred to them frequently while photographing.

When I decided to revisit this forest in winter, I began to visualize possible images. The above image was one of them. All I needed was an overcast day to create it, and then I would underexpose the sky to generate this mood. In the days of film I would have used a 2-stop split neutral density filter to accomplish this but, with digital capture, I underexpose the sky during the developing stage in my digital darkroom. The outcome is basically the same.

Although the day started in sunshine, enabling me to capture the two blue sky images above, it later changed to overcast. These were the exact conditions I wanted to create both the image above and below. I was lucky!

The next time you plan a day of photography, try imagining different lighting scenarios and possible images you could create with each. You will get better with practice, and you will find yourself creating a greater variety of images during each and every outing. Good luck! Try it. 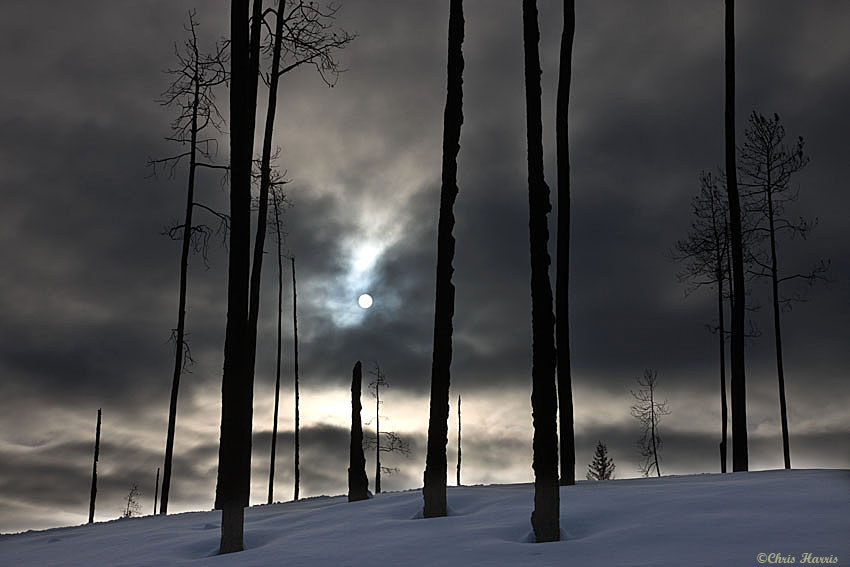 Creating a Sense of Mood