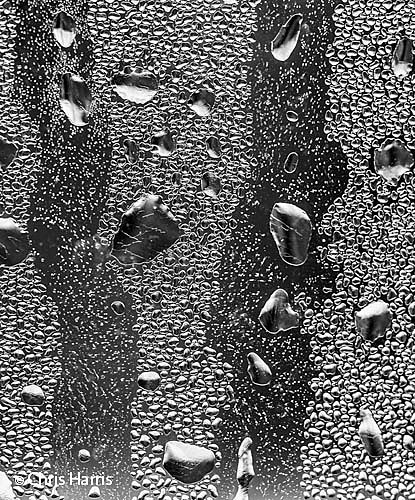 On News Year’s Eve I noticed frost crystals on one of our outside windows. They were beautiful but I would need morning light to photograph them. So, first thing New Year’s Day I got up at day break and went immediately to the Conservatory window. During the night it had clouded over and got mild, melting the ice crystals and leaving a window pane of water droplets. Different, but equally beautiful I thought. With a macro lens I made this image; the first one with the numbers 2013 inscribed in its metadata.